Zuppa Toscana recipes are all over pintrest. There are so many that I probably have about 6 different variations pinned in my “recipes to try” board because I cannot decide which one could be better. This winter my Zuppa Toscana recipe problem was solved. My brother-in-law’s wonderful girlfriend, Leah, told me about this amazing soup she and her sister made. I looked at the recipe on her facebook page and thought, “Alright this is it! If Leah thinks this one is the best then it must be the best.” I promptly deleted the other pins so as to not get confused with all the recipes. A few weeks later I made the soup. You guys, I cannot say it enough, this recipe is amazing! What is even more crazy is that we made it without bacon. The plan was to make a big pot of soup and take it over to my father-in-law’s house for dinner. Since he was eating with us I tried to subtract as much sodium as possible which meant the bacon had to go. I would describe this dish as creamy, hearty, spicy, and comforting. There is something to be said about a big ol’ bowl of soup that really does warm the soul.

It is no secret that I love savory sweet, and this recipe delivers just that. This chicken dish is baked so the meat came out really juicy and tender with the pineapples perfectly soft. I found it to be an easy, quick and delicious recipe that had us coming back for seconds. I honestly ate a heaping second plate of just the pineapple for desert, that is how tasty it was. We added extra pepper flakes for more heat and I think that took it to a whole new level of yummy. I’m falling in love with Dijon mustard after the saucy pork chops I made a few weeks ago, and I must say I think that is what holds all the flavors in this recipe together.

Perry is normally the one on breakfast duty when we want more than cereal and toaster waffles, but when he isn’t around I sometimes venture into the kitchen to try new breakfast items with Chance. Chance has recently taken to eating ground beef tacos so I thought I might be able to get him to eat eggs if I made them “taco-style.” We hit the jackpot here people! The first time I made these Chance scarfed down two and asked for two more. We usually have a surplus of eggs in our fridge which is super convenient so just to be stocked I keep tortillas and taco seasoning on hand too. These are super easy to make, and you can even get your little ones involved with the assembly of toppings.

*Photo and recipe are originals of my own. Please feel free to share this recipe but if you post it on another blog please give credit where it is due. 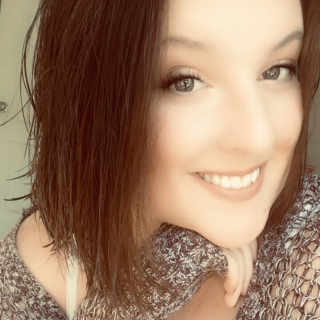